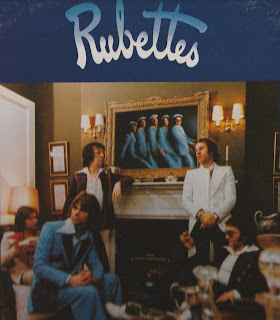 The popularity of progressive rock was probably at its height during the early to mid 1970s.  With acts such as Genesis, Yes, Pink Floyd, and Emerson, Lake & Palmer, "prog rock" was supposed to be more advanced, complex and, above all, smart than what had come before.  Musical wizardry was the norm and long drawn-out solos were both encouraged and applauded.  Still, not everyone was taken in by the hype and some even longed for the more basic music of yesteryear.  Thus the door was left a jar for a return-to-roots rock & roll revival.  In fact, one could almost claim that said revival preempted punk as a knee jerk reaction to prog by a good few years.
The simplicity and raw energy of the music of Elvis, Jerry Lee, Chuck, et al, found new audience in the U.S. through films like "American Graffiti", and bands like Sha-Na-Na, and Flash Cadillac & the Continental Kids.  Meanwhile in Britain, there was the historical London Rock and Roll Show at the Wembley Stadium in August 1972, starring giants of the genre like Jerry Lee Lewis, Little Richard, and Chuck Berry.  Subsequently, the ball really began rolling in earnest with homegrown acts such as Wizzard, MUD, Showaddywaddy, and...The Rubettes. 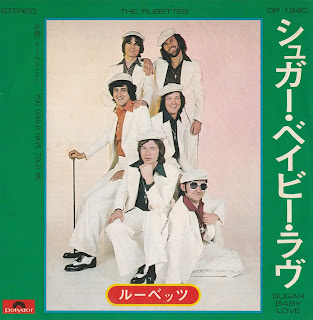 A happy accident as it were, the Rubettes were initially brought together in late 1973 as mere session musicians to record a demo for the songwriting & production team of Wayne Bickerton & Tony Waddington.  The song in question was a little ditty called "Sugar Baby Love", which had a distinctly '50s feel to it for sure, with some doo-wop styled harmonies and cutesy innocent lyrics thrown in for a good measure.  And as the song was turned down by Showaddywaddy, Bickerton & Waddington became even more convinced that the demo had that certain "something" and should be issued as is...or rather, was.  Thus a real band was needed to back it up and the gig was promptly and aptly offered to the session musicians who had recorded the song - namely; Alan Williams (Guitar and vocals); John Richardson (Drums), and Peter Arnesen (Keyboards).  Vocalist Paul Da Vinci, the owner of that falsetto, was otherwise engaged and politely declined the offer.  Tony Thorpe (Guitar and vocals); Mick Clarke (Bass) and a second keyboardist Bill Hurd completed the line up and The Rubettes were born.


To make a long story short, "Sugar Baby Love", once released, became a massive hit - in fact, one of the biggest hits of 1974, knocking that quartet of chirpy Swedes whose name now totally escapes me, off the coveted U.K. No. 1 spot in the spring.
And although The Rubettes never eclipsed that initial burst of bubbly brilliance, there were several more hits in the coming years, as well some fine albums - five of which have recently been collected together, including extra tracks and everything, in a CD box set, "The Albums 1974-1977", released by Caroline International (CAROLR032CD). 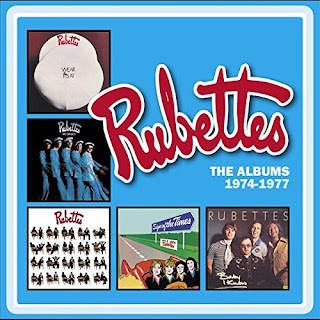 Through numerous line-up changes, The Rubettes flirted with glam, gave Smokie a run for their money with countryfied anglo pop, but above all their rock & roll roots always shone through.


For a number of years now there have been two versions of The Rubettes touring the nostalgia circuit; the Alan Williams-led version on one hand, and keyboardists' Bill Hurd's Rubettes on the other.  I've only had the pleasure to see the latter outfit on a number of occasions and I can attest to the fact that they're pretty good - and very nice guys as well.
As much as I love hits like "Juke Box Jive" and "Little Darling", as well as catchy and sometimes self-penned album tracks a la "Judy Run Run", Rumours" and "Don't Do it Baby" (also a U.K. Top 10 hit for Mac & Kate Kissoon), I have a confession to make though.  One of my all-time favourite Rubettes tracks just happens to be this early '80s (Oh, the sheer shame of it all!) gem....