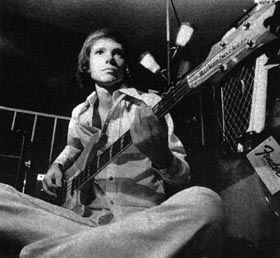 Having produced (and written for) the Osmonds, Leif Garrett and Shaun Cassidy, Michael Lloyd is a seminal figure in the annals of '70s Teen pop.  Along with co-culprit Mike Curb, he was the force behind the recorded output of all of the aforementioned acts during their '70s heyday.
The story, however, begins much earlier...

Born November 3, 1948 in New York, Michael Jeffrey Lloyd was something of a musical wunderkind.  At the age of four he was already studying classical piano and by the age of twelve he had started his own band.
Often described as a "Multi-instrumentalist", early on he also took a keen interest in arranging, producing, writing...basically anything to do with the art of music-making.
Sometime during the mid '60s, teenager Lloyd ran into one Mike Curb, who via his label Tower Records (no, not that one) was churning out cheap quickie soundtracks for American International Pictures' B-movies like "Riot on the Sunset Strip" and "Psych Out".  Lloyd was soon enough working on these and, in the process, began mastering the art of scoring films.  A couple of years later, in 1968, he even wrote the score for Steven Spielberg's first proper film, the short "Amblin'".  The title track, a slice of melancholy sunshine pop, is actually rather lovely.  A vastly inferior Shaun Cassidy cover version from the '70s also exists.
Spielberg later named his production company Amblin Entertainment after the film.

Lloyd was also a founding member of the wonderfully weird West Coast Pop Art Experimental Band.  The story of this band just beggars belief and I defy anyone even remotely interested to become aquainted with it HERE   It's a richly rewarding read.  And so, by the way, is some of WCPAEB's music, although it is a far cry from most of the material Michael Lloyd became associated with later on in his long and lustrous career. 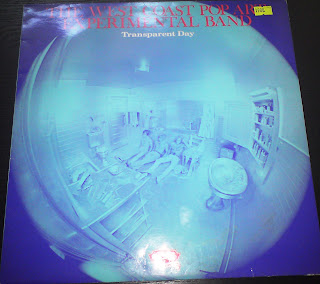 By the late '60s Lloyd's old friend Mike Curb had become president of MGM Records where - infamously - he made it his first order of business to "clean house", ie by getting rid of some of that label's artists who he felt had too strong of a connection to the "drug culture" of the day.  Incidentally that included some of the more "critically credible" artists on MGM's roster, namely the Velvet Underground and Frank Zappa's Mothers of Invention.  Somewhat odd seeing how Curb had had close connections to the West Coast Pop Art Experimental Band and their circle of friends and associates which counted the likes of notorious scenester (or shyster - take your pick) Kim Fowley.  But maybe the fact that Curb had political aspirations within the Republican party had a little something to do with said decision.
Whatever, Curb quickly brought his old pal Lloyd, then only 20 years old, into MGM as a Vice President of A & R.  And thus began their successful professional relationship with the Osmonds which saw the syblings become one of the biggest acts of the '70s.

In spite of that, Lloyd still harbored ambitions as a recording artist himself, not merely content with staying behind the scenes.  So by 1975 he had formed the trio Cotton, Lloyd & Christian, along with Australian Darryl Cotton, who at one point had been in a group with fellow Aussie Rick Springfield, and Texan singer/songwriter Chris Christian.  I just recently came across CLC's debut self-titled LP on 20th Century Records and it ain't half bad. 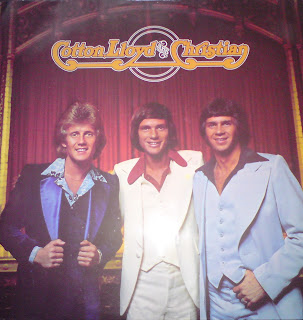 A soft pop serenade, co-produced by Messrs Curb & Lloyd, it served as a template for near-future Lloyd productions of Leif Garrett and Shaun Cassidy, as well as a tribute to times gone by with the Osmonds.  At first listen I could've sworn that the album's closer "(You've Given me) Sunshine" - also issued as a single - was a then not-so-old Osmond tune.
A ballad(!) cover of the Supremes' "Baby Love" (admittedly, not one of my fave Supremes songs) surprisingly doesn't suck and betters the original in my humble opinion.

Debut single "I Go to Pieces", a cover of Peter & Gordon's finest moment (written by Del Shannon though), became a minor hit in the U.S. as well as an almost hit in the U.K. where it stalled at no. 51 - just outside the coveted Top 50.﻿  A year later Lloyd also chose that particular tune as Leif Garret's debut (flop) single, on 20th Century Records as well.
Arguably, and inspite of it having been covered in the late '70s by the likes of Rachel Sweet and the Ian Mitchell Band as well as Leif Garrett, CLC's version gets my vote as the ultimate '70s Teen Pop interpetation of this cool classic.

It's not all sunshine, lollipop and rainbows though.  An ill-advised "Tommy Medley" sticks out like a sore thumb and hasn't aged well to say the least. 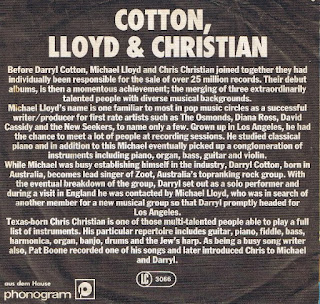 ﻿
﻿
Oddly enough, this record in its entirety, in an altogether different sleeve, was then re-issued as the soundtrack to the 1976 teen B-flick "The Pom Pom Girls". 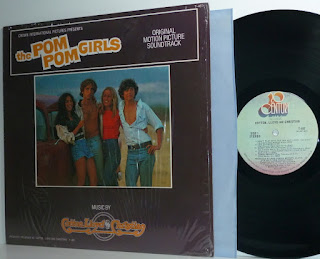 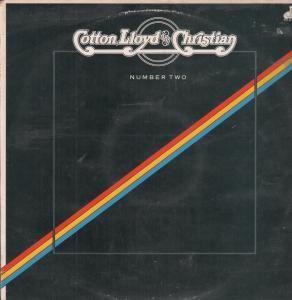 From it, the sleek Barry Manilow-like ballad "I Don't Know Why You Love Me" made minor dents in the lower regions of the U.S. charts.

By then Lloyd's career as a producer was in an upswing once more with both Leif Garrett and Shaun Cassidy having well and truly hit their stride, albeit briefly.  Furthermore, his production of Debby Boone's "You Light Up My Life" became one of the most successful worldwide singles of 1977.

But Michael Lloyd's greatest commercial success was yet to come.  In 1987 he served as a music supervisor/producer to a little film known as "Dirty Dancing".  Among the original numbers he produced for the film was this ditty...

However, I can think of no more appropriate ending to this short tribute to Michael Lloyd - the producer, musician and songwriter - than West Coast Experimental Pop Band's excellent "Transparent Day".  Enjoy.