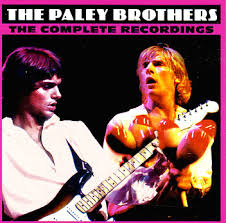 Including at least an album's worth of top-notch unissued material, The Paley Brothers' "The Complete Recordings" (Real Gone Music) is truly a treasure trove.  But not entirely without its rarities and oddities, since, for starters, it seemingly contains a COMPLETELY different mix of the Paleys sole album release from 1978.  And, in theory, this was supposed to be the long-awaited re-issue of that very album!  Well, never mind.  I, at least, got over that fact fairly fast. 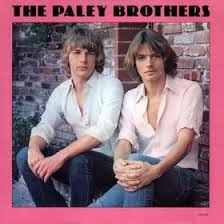 Influenced by Spector, Wilson, Everlys, et al, for better or worse brothers Jonathan and Andy Paley always wore their musical hearts on their their collective sleeve.  Much like the Rubinoos, they just seemed a bit out of place and time during the angst-ridden late '70s - although there certainly were other acts around (for instance Blondie) at the time which sought obvious inspiration from the more innocent sounds of the late '50s and the early '60s.
Furthermore, Andy's work as an up-and-coming songwriter and producer for other acts (As early as 1977, he worked on an unreleased material with the Shangri-Las for chrissakes!) also seemed to interfere with the natural progression of the Paley Brothers as a proper performing and recording act in their own right.  But "The Complete Recordings" clearly shows they had the material as well as the chops to succeed in that area.
Among the unreleased gems included in the collection is "Boomerang" (Featuring future Andy Paley collaborator Brian Wilson on backing vocals), the Phil Spector-produced "Baby Let's Stick Together" (A cover of the 1976 single Spector did with Dion), as well as a couple of exciting excerpts from their now legendary warm-up slot for Shaun Cassidy at the Madison Square Garden in the summer of 1978.

The rarities are nothing to sneeze at either.  With The Ramones (Minus Joey, who was sick in the hospital) the Paleys recorded a cover of the Ritchie Valens classic "Come on Let's Go" for the "Rock & Roll High School" soundtrack, and under the nom de plume The Young Jacques, the brothers (with a little help from a few of The Cars) did the irresistible one-off surf single "Jacques Cousteau" in 1979.


Further high points include previously unissued originals such as set opener "Here Comes My Baby", and track number 2, "Meet the Invisible Man" - both done in the Paleys' exemplary early '60s pop meets late '70s power pop style - not to mention the previously mentioned remix of the Paley Brothers first and only proper LP, plus its adjoining singles.
Without a doubt, the (re)issue of the year! 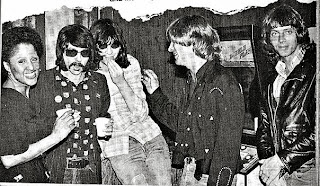