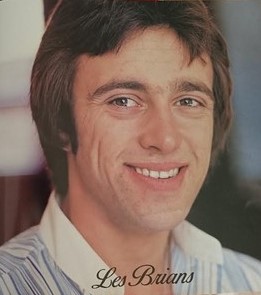 It has been brought to my attention that Les Brians (Also known as Lez Smith), formerly the drummer of '70s Teenpop band Buster, has died.
His friend, Lesley Thompson, recently posted the following comment on my You Tube channel page:


Lez had been ill for a couple of years (and) eventually his liver failed to protect him from the infections.  He passed away at the beginning of Nov. 2016.  R.I.P

I do hope I'm allowed to re-post this, but since it was originally posted in a public forum I can't really see the harm.
I had the pleasure to exchange a few e-mails with Les/Lez a few years back, the results of which you can read about HERE.  I enjoyed and appreciated his candor and wit - he will be missed. 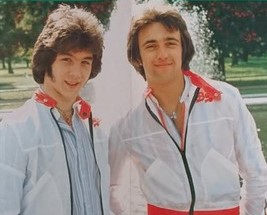 After briefly reforming Buster for an album, "Best & New" in 2013, sadly two members of the band have now passed - guitarist Pete Leay died in December 2013.
My most sincere condolences the family and friends of both Pete and now Les.  R.I.P.