"The Glitter Band Will Save Us!" 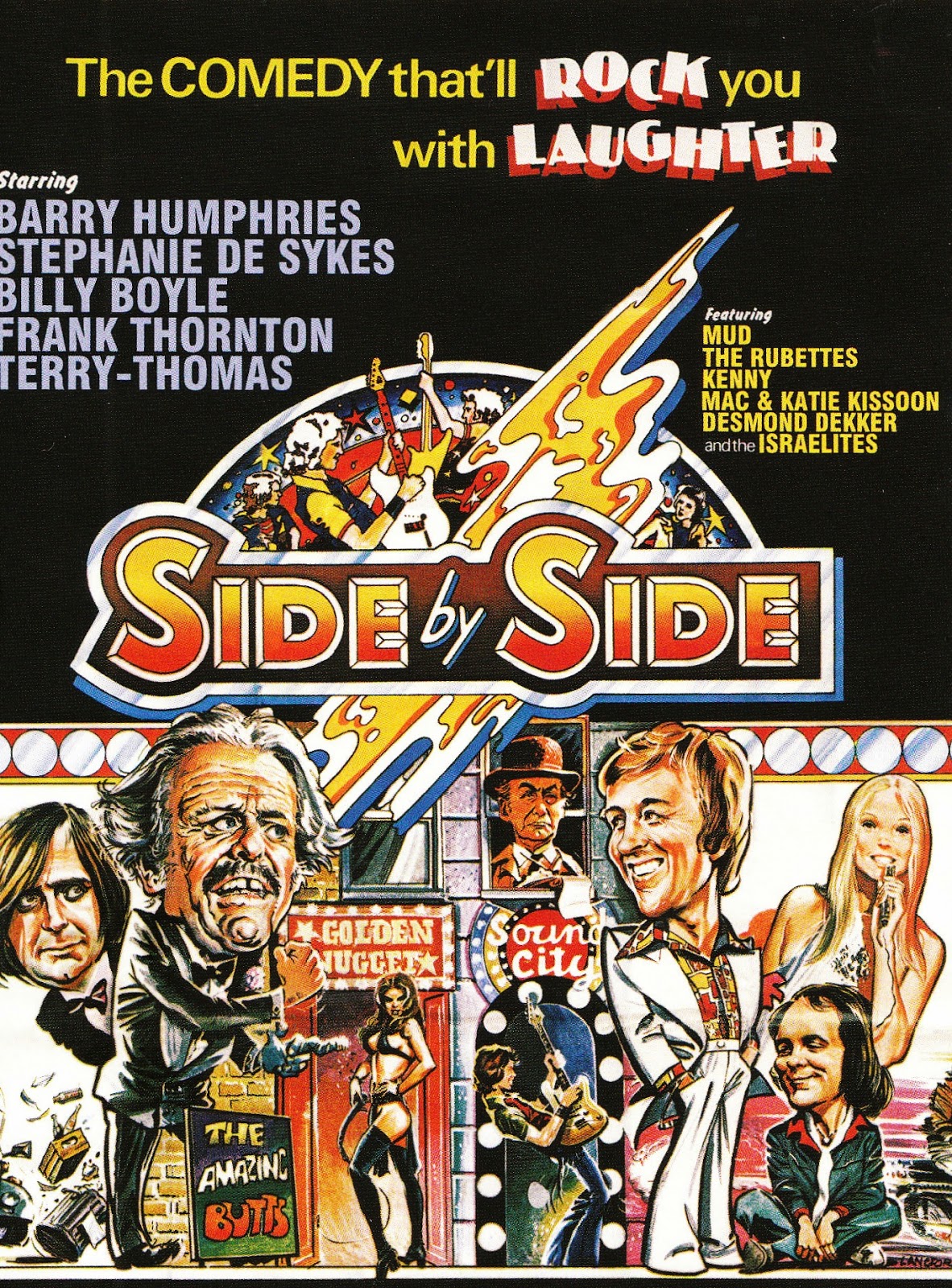 Finally out on DVD (by Odeon Entertainment) are a couple of mid-'70s curios, namely British musical comedies "Side By Side", and "Never Too Young To Rock".
Both were made in 1975 by G.T.O. Films and featured a number of Glam/Teen Pop acts of the day, such as The Glitter Band (NTYTR), MUD (in both films), The Rubettes (in both), Slik (NTYTR), Kenny (SBS) and Hello (SBS).  Needless to say, the musical performances, although all of them are mimed, are the most interesting scenes in both films.  A case in point, the earliest known Slik appearance on film...


"The Boogiest Band in Town" (1975) was Slik's debut single and as the clip clearly demonstrates, the familiar, later image of short hair and baseball shirts was still someways off.  The single flopped, and a year or so later the Arrows also had a crack at it, albeit with similarly underwhelming results.
The late Dave Mount, drummer of MUD, had a starring role in "Side By Side" and really holds his own compared to some of the "real" actors appearing alongside him.﻿ 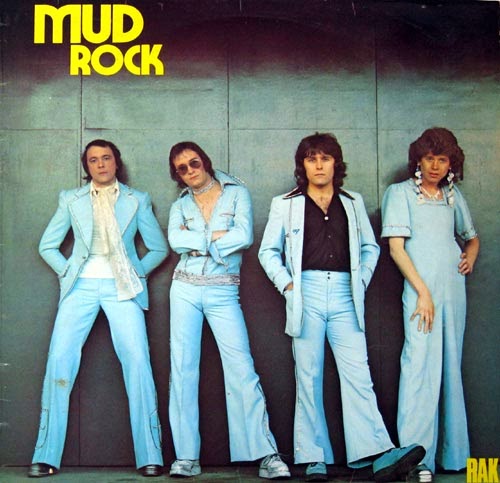 Likewise, singer Stephanie de Sykes ("Born With A Smile On My Face") had an acting role in "Side By Side", where she also performs her signature song, while former Herman Hermit Peter Noone made a bizarre cameo in "Never Too Young To Rock", which served little or any evident purpose to the overall plot (or lack thereof) of said film.
Plot wise - as if that matters any - "Side By Side" has little more going for it.  Centering around feuding night club owners, there's aplenty opportunity for both music and mayhem.  Kenny makes an appearance, and so does Hello...
﻿
"Never Too Young To Rock", on the other hand, is set in the none too distant future where Rock 'N' Roll has been banned.  So, secretly a savior is sent (by exactly whom isn't made entirely clear) in something resembling an old ice cream van, roaming the English country side in search of MUD, The Glitter Band, The Rubettes, and others in order to stage a big Rock concert.
Aside from the Slik clip, the concert-cum-finale part of the film is also the most riveting bit in it.  There, MUD, The Glitter Band, and The Rubettes stage a Battle-of-the-bands style show where each band performs a couple of its biggest hits before they are all joined together on stage for a fun romp through the title track of the film.
﻿
﻿
Although the overall artistic and/or cinematic value of these films is, at best, questionable it's nice to see them finally easily available as officially issued DVD's (They've both been around as bootlegs for years) to enjoy in the privacy and tranquility of one's home.  Next up then - hopefully - the 1980 car racing film "Burning Rubber" featuring the music of - and starring - the Bay City Rollers... 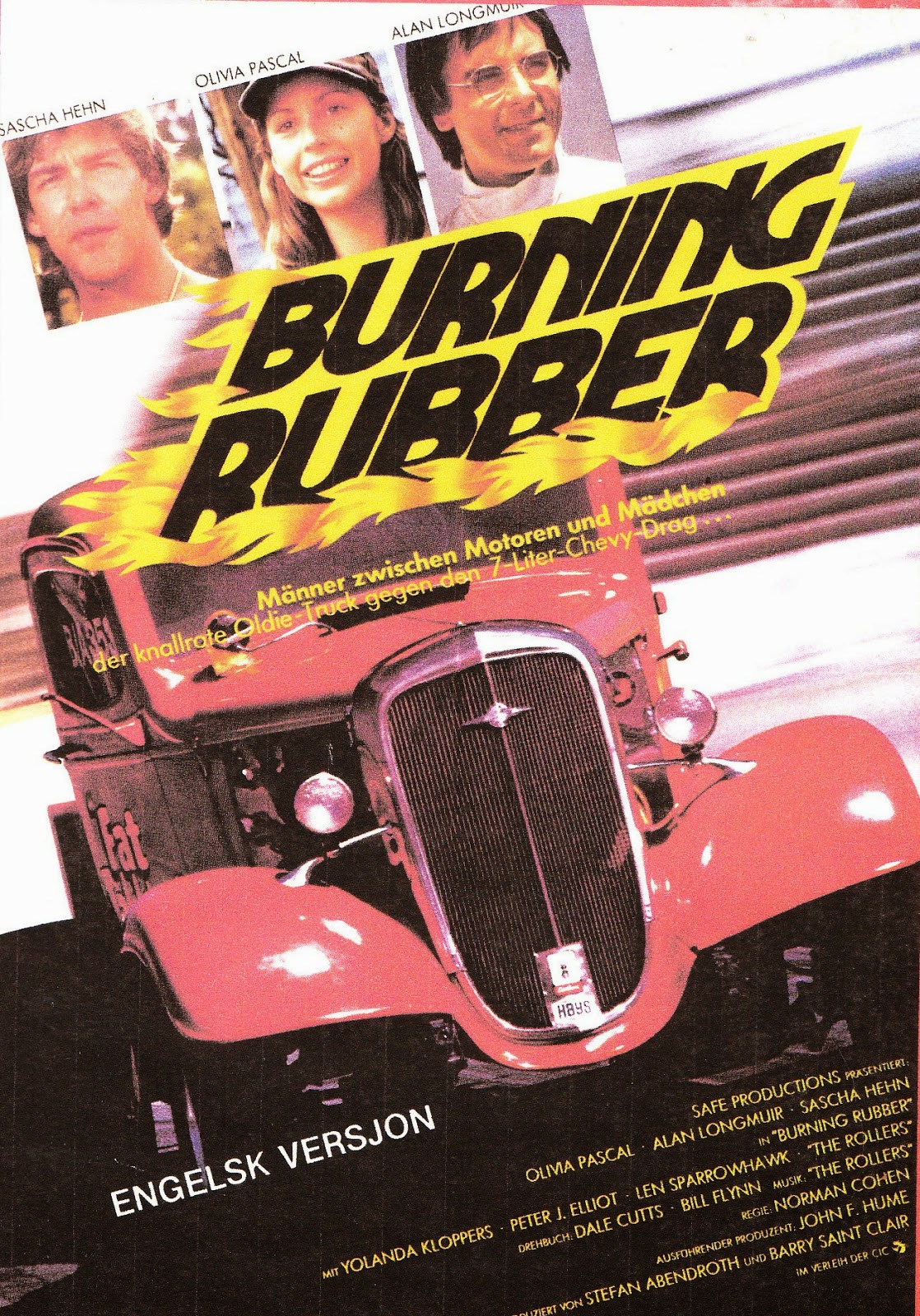