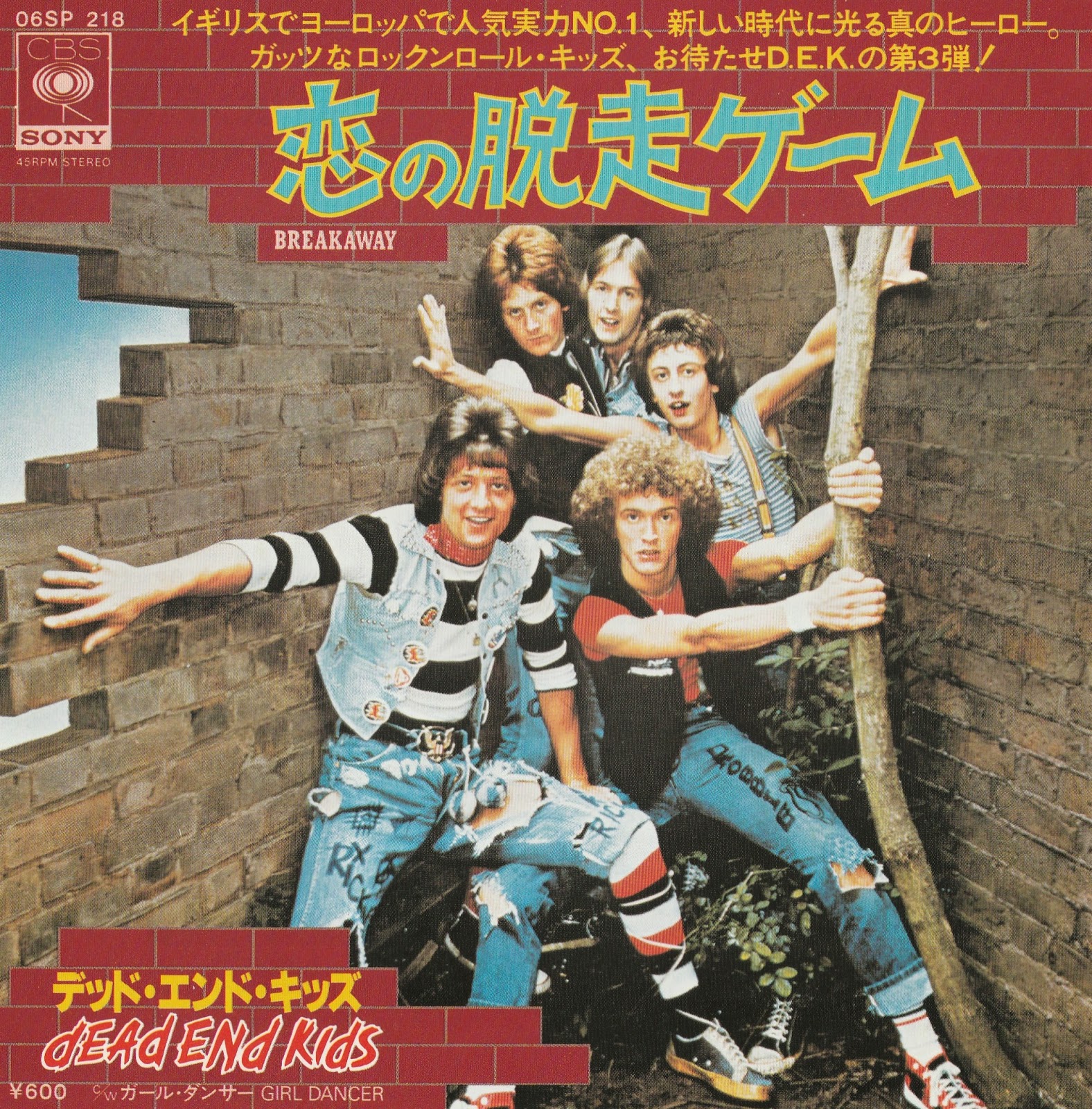 Nestling snugly, in my CD collection, between Dead Boys and Dead Kennedys, is the sole CD release of Scotland's Dead End Kids: "Breakout"; previously believed to contain all their released output from the late 1976-1979.  That is, until a few months back when I received an e-mail from one Mark Brennan, head honcho at Cherry Red's 7Ts reissue label - the very place that the DEK CD originates from, informing me that he'd actually located a DEK track previously unknown to the both of us, hidden on the B-side of the Japanese release of the DEK single "Breakaway" (CBS/Sony Japan, 1978.  Cat. # 06SP 218).  In other territories "Breakaway" came with album track "I'm Your Music Man" on its flip side, but for one odd reason or another the Japanese got "Girl Dancer" in its place.  (Not to be confused with "Radancer", another, later DEK B-side, originally recorded by fellow Scots The Marmalade).


A song written by Miki Antony and Tom Parker, "Girl Dancer" is also produced by the former, himself a minor pop star in the early '70s, who also worked extensively with ex-Roller Pat McGlynn during the late '70s.
All the material on Dead End Kids only LP "Breakout" (1977) was produced by Barry Blue.  But by 1978 the band had obviously moved on to Miki Antony, and by their last single "Heart Get Ready For Love"/"Radancer" in 1979, writers/producers Dominic Bugatti and Frank Musker were in charge.  My entirely uneducated guess is "Girl Dancer" might be from aborted sessions for a proposed second album in 1978.  But who knows?  If anyone out there does, please do tell.

But there is an intriguing twist to the tale.  On the very first Child album from 1977, there's a song called "State Dancer" - in fact the same song as "Girl Dancer", but with a slightly altered lyric - co-produced by Tom Parker, the other half of the Antony/Parker writing team.
﻿
Posted by Hannes A. Jónsson at 4:20 PM