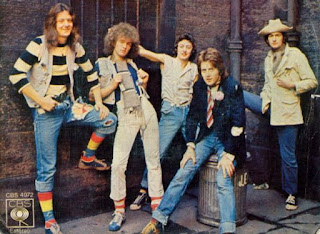 A few months ago I wrote a little piece (See here) on Scottish late ‘70s Teen Pop act Dead End Kids.  Today they are chiefly remembered for their sole top 10 hit, “Have I the Right”.  Typical one hit wonders, then.  Well, not quite.  They also recorded one rather decent LP which, I believe, would’ve done considerably better had it been issued in ’75 or ’76 rather than, as it were, in 1977.  By then the big Teen Pop – or Teenybop, as it was termed at the time - backlash was well and truly underway, mainly due to the arrival of Punk, and as a result many fine Teen Pop acts (Buster was another one) didn’t stand a fighting chance - in Europe at least.


As I’ve touched upon a time or two before in this blog, it can be mighty hard to find any substantial info on some of these acts on the otherwise almighty Internet, so some of the pieces I’ve written here are more often than not thought of as mere drafts – works-in-progress, if you will - which are to be improved upon as time goes by.  And since the main purpose of this blog is to provide more info on often otherwise “forgotten” artists, I frequently call upon the


One such person who recently got in contact with me is one Brian McClung, a former roadie for aforementioned Teen Pop act Dead End assistance of you people out there in cyberspace.Kids, and via a series of e-mails he was kind and patient enough to answer some of my questions. 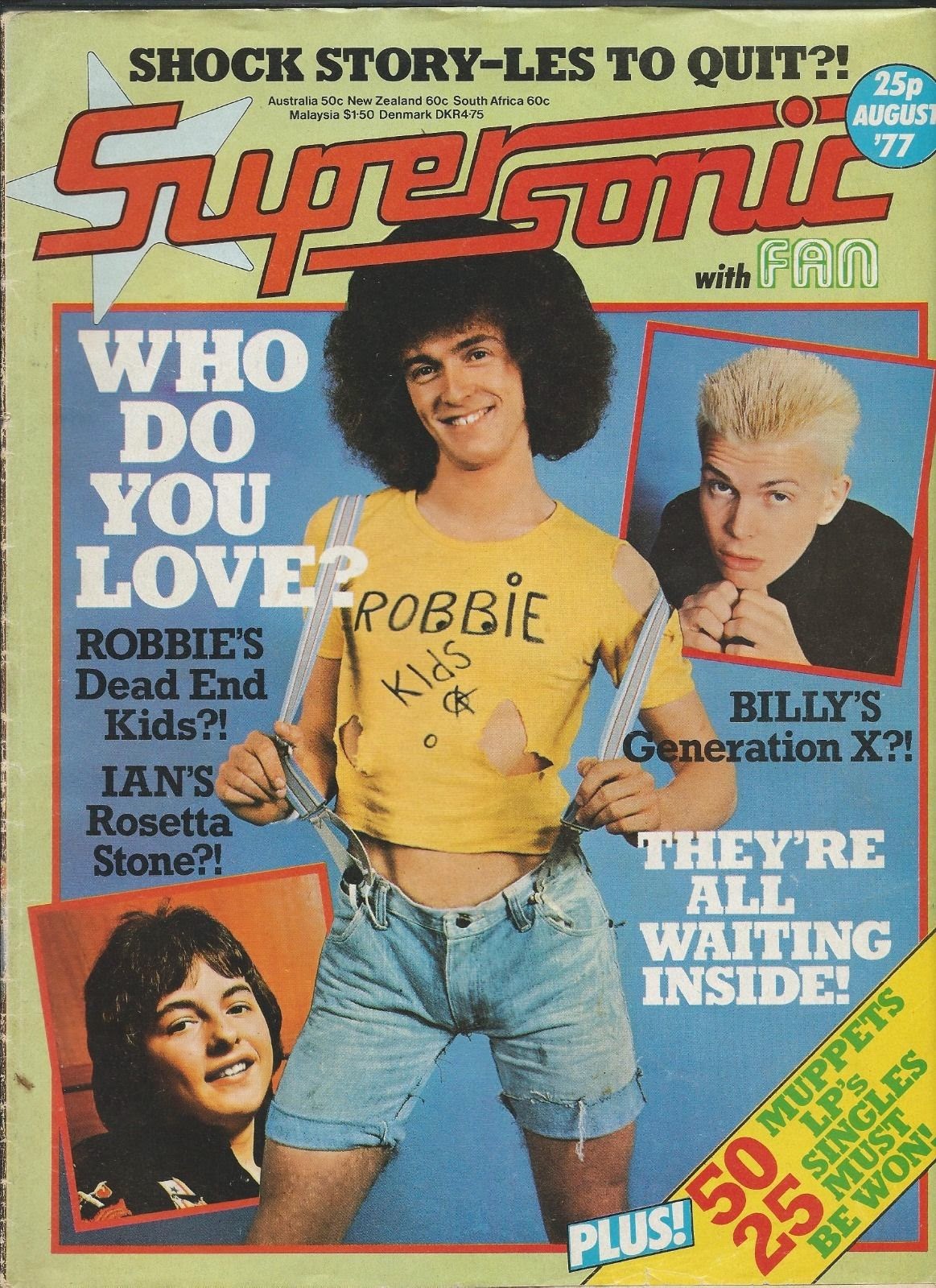 Can you tell me anything about the origins of the band?


The boys all came from different towns around Ayr .  That is on the west coast.

Ricky (Squires) from .
Colin (Ivory) from on guitar.
Robbie (Gray) on vocals .
Davey (Johnston) from on piano.
Alistair (Kerr) from Kilwinning on bass.

Alistair, Davey and Robbie with two other guys started a group called Vehicle.
(The) two guys left and it just happened that they got some bookings from an agency in .  The owner of the agency also owned a club in Glasgow (Colin Robertson).

You will hear different stories but the truth is the manager of the club was a friend of the Bay City Rollers manager (Tam Paton).
He told him to get a band together and he would put them on tour with the Rollers.
So the guys got Ricky and Colin who they all knew from the music scene.
That's how they started.
They needed a roadie and Ricky gave me a call and that was how it started.

They toured with the Rollers for a few dates, but the fans for the (Dead End) Kids were louder than the Rollers and their manager did not like this so they were kicked off the tour.

Fortunately they were seen by a CBS rep and were signed up.

And the madness begins.

DEK manager Colin Robertson, can you tell me something about him?  Was he as scary as I've heard?


Yes he was very hard!!!!  Colin was very much a gangster, a nice guy but you had to watch what you said around him.
He was a typical manager, he paid for everything and the band was paid a wage.
When the band got bigger they needed a new PA system and he bought a new one, custom made.


He had a lot of bouncers, etc. working for him at his club and acting as security for the band and the road crew.
We never had to worry about getting into fights or anybody giving us a hard time,
we just told the security and it was all taken care of.

The DEK LP was produced by Barry Blue.  Did the guys play their own instruments on the record?


As (for) playing their instruments, yes they did but as is normal a few other people would help.
Fun fact: the drum sound did not sound right so Barry helped by playing the top of a hard stool with his hand.

Do you think there's any unreleased DEK material in the vaults?


I very much doubt it as it was very expensive at the time to go into a recording studio and record songs.
It could take a week or so to record a single to everybody's satisfaction.
Another thing a lot of people do not realize is that when a group wants to put out a single it is often best to release a song written by a recognized song writer. Lots of really good bands are useless at writing songs.
So what happens is managers get tapes from different writers.  I remember we listened to loads and loads of tapes all the time when we were travelling to see if anything took our fancy. In the end a song was chosen by Barry Blue and Colin (Robertson).  Nobody really liked it, I hated it, but the powers that be made the decisions.

On YouTube there are clips of the boys from TV shows all over Europe (, , .) Where did they enjoy most popularity?


As for the tours when I worked with them, and were in the weeks before I started working with them. You will notice on YouTube one place they recorded a local TV show all the go-go dancers were topless. I missed that but fun was had everywhere else.

Just when the second single came out there was a lot of interest from but when the single was a flop interest dropped in . We were all looking forward to going to but it was not to be.
I think that had the second single been a hit they would have been huge in .
But they were huge in and .
Fun fact: when the band got to the airport in to come home the drummer could not be found. Everyone came home without him and security had to stay and try to find him. They eventually found him; he was sleeping with the wife of the head of CBS Germany while he was showing the rest of the band around .


Yeah, THAT clip of DEK and the topless dancers is pretty wild. It seems to be from German TV (Musik Laden). Perhaps DEK didn't know their performance would be intercut like that, but I still can't imagine another teen band of the era ever doing something like that.


They did know about the topless dancers as I remember them telling me about them.  They were all shocked, especially wee Colin as he was only 15 years old at the time.


It was never shown in .  Remember and other European countries were much more open about things like that.

Looking at the DEK album cover, their visual image took cues from both Punk and Teen Pop.  Was that, you think, a conscious decision or just a sign of the times?


Here is an interesting fact: punk music was a manufactured sound by the record companies, CBS being (one of) the first ones to get the ball rolling. They approached DEK and (their) management and proposed that DEK be promoted as the first punk band, which was declined.  I kid you not.


I must tell you the music you have heard from them was (their) management’s idea, live they were a shit hot band and played many heavier songs such as (covers of) Queen (songs) and a great cover of “The Wanderer”.


Another fun fact: DEK were signed (to CBS) the same day as Judas Priest and both (bands) recorded music at the same studio at the (same) time.  I remember giving them our records and them giving us theirs.  I say this because I thought both bands sounded alike live.


I have seen them (Judas Priest) many times over here (in ) and they still are very good.

When/why did DEK break-up?  What did they do afterwards?  Where are they now?


Davey worked in electronics.  Ricky still played in bands.  I will find out some information about him and let you know. Colin played in wedding bands.
As did Alistair and his daughters I heard.  Robbie works as a civil servant, I think for the health service.

What are you up to nowadays? Do you live in still? 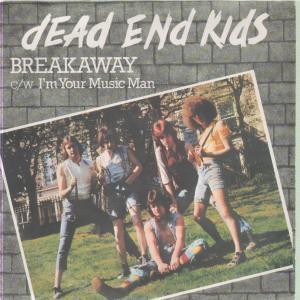