OK, I gotta admit that I just don't know too much about those guys... 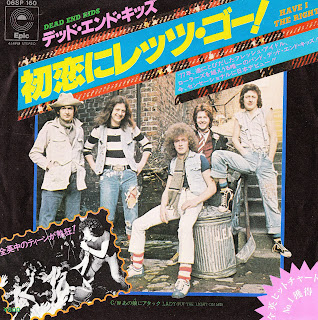 To begin with, it is fairly diffucult to find SOMEthing/ANYthing on them on the almighty www.   But here, exactly, is my entire knowledge, such as it is, on the subject at hand. 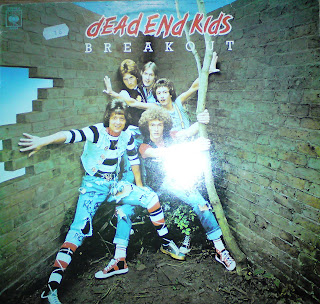 I came across their sole LP, "Breakout", in a bargain bin somewhere circa 1977 and bought it on a whim, because I sort of sussed them out as Rollers-wannabees/contenders for the teenybop throne.  Well, just take one look at that cover, will ya...


Kinda liked it.  Especially the Barry Blue-penned songs (he was the producer as well).  There were a few covers to boot.  Most notably, The Honeycombs' "Have I The Right" (The debut dEK single, no less, and a Top 10 U.K. entry as well) and the Dave Clark Five's "Glad All Over" (Their third single.  A flop.).


But as I said before, the best bits came courtesy of Barry Blue.  Particularily, "All My Love Always" (Also, their fourth single), "Tough Kids" (A year earlier, a Barry Blue solo flop), and the ever-so sneaky "Going Out the Back Door".
The semi-title track, "Breakaway", although not a Barry Blue compositition, wasn't bad either.  It became their 2nd single as well.

They came from Ayrshire, Scotland, and initially went by the name of Vehicle.  Began as a local pub act in '74, doing CCR covers and the like.
But when manager Colin Robertson (some compare him unkindly to Tam Paton) spotted them and signed, oppurtunity well and truly knocked.  Support slots for national heroes Slik and Bay City Rollers followed, and by 1977 dEK were signed to CBS and their debut single "Have I the Right" became a no. 6 U.K. smash in March '77. 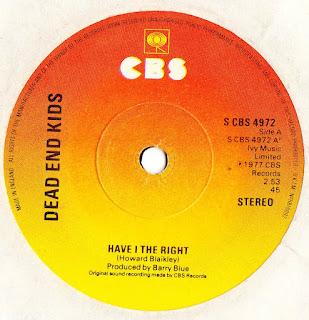 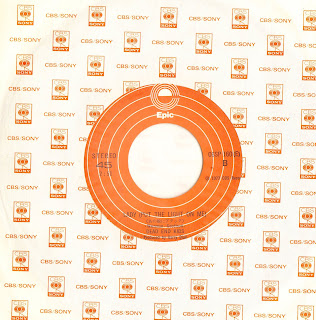 But this was a cover of Goodison/Wainman's very own Big John's Rock & Roll Circus original from 1974...

Nonetheless, dEK enjoyed their 15 minutes of fame, toured European TV studios and even rubbed shoulders with the Jacksons - to name a few.  Have a look-see at Robbie Gray's somewhat ancient MySpace page here for further info on all that.

A year later, dEK issued their last single, Bugatti/Musker's (who, during the early '80s, also wrote for Sheena Easton and Bucks Fizz) "Heart Get Ready For Love" - also recorded by Hello - backed by a raunchy cover of fellow Scots' Marmalade "Radancer".
The sound of this single was somewhat rougher and more assertive than their previous output, so who knows what might've become of Dead End Kids had they been allowed to develop any further.
Viewing publicity photos I recently found on the net taken of the band around the time this, their final single, in May 1978, drummer Squires and keyboard player Johnston appear to have been replaced.  But, by exactly who I have absolutely no idea.
And an even later photo has them reduced to a four-piece and sporting a more New Wave-friendly image as well! 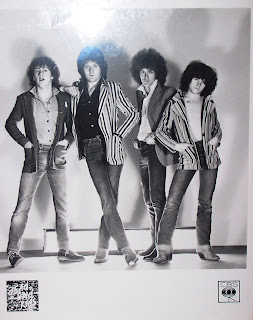 ﻿
But if anyone, ANYwhere has any more info on dEK to share, please do not hesitate to contact me or comment on the subject below here.  Needless to say, I'd love to hear from any/all band members!!
Here, at long last, is some further info I found on the band recently, coming straight from  Robbie Gray (Click on the text).

Thanks to Mark Brennan, Phil Hendricks and everyone at my fave '70s re-issue label 7T's (Cherry Red), the complete (Save for the Japan-only B-side "Girl Dancer") previously released output of dEK was issued on the 7T's "Breakout" CD in 2007. 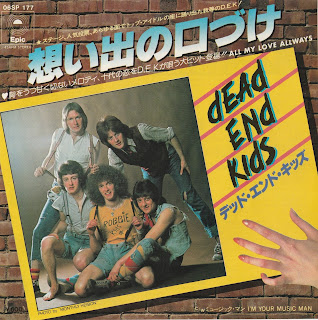 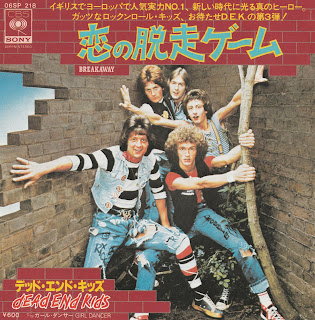 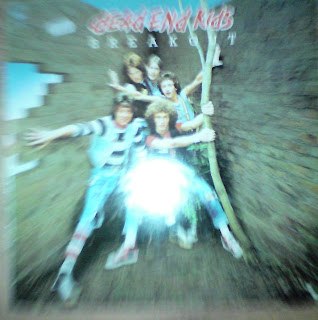 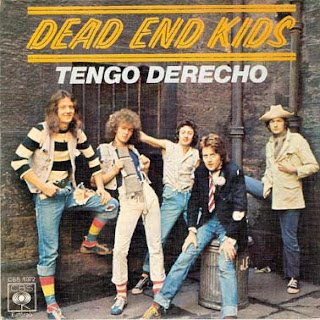