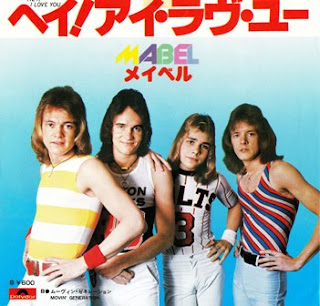 Mabel was a four-piece mid '70s band originating from Copenhagen, Denmark.
To begin with, the band consisted of Gert (Von) Magnus, Peter Nielsen, Otto Kulmbak and ﻿Christian Have.
After two Denmark-only singles in 1975 and '76, Magnus was spotted by Bay City Rollers manager Tam Paton and whisked off to Edinburgh, re-named Baron Gert Von Magnus and promised fame and fortune...which never materialized.

However, (Von) Magnus was promptly replaced as Mabel's lead singer by one Mike Tramp (born Michael Trempenau) and Mabel's arguably finest moment, "Hey! I Love You" became the first single to feature the new vocalist.

A cross between Chicory Tip and Kenny, I have had "words" with a certain Danish Glam Rock afficiando after I foolishly labelled this particular release bona fide "Glam".  I was promptly told Mabel weren't Glam; the ONLY Danish band EVER to desreve that monicker were The Walkers - a band I, personally, find have more in common with Middle of the Road than either the aforementioned Kenny or Chicory Tip.  Whatever, water under the bridge :-) 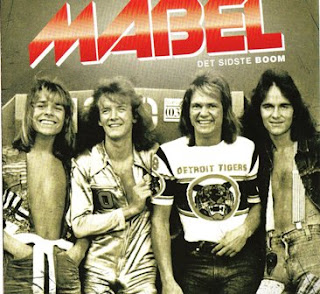 Moving consistently more towards Disco, Mabel enjoyed some success in Germany and Spain, as well as on the home front.  In 1978 they were the Danish selection for the Eurovision Song Contest with a silly little ditty called "Boom Boom".  They finished 16th out of 20 contestants.
In the late '70s they moved to Spain and later to the U.S. to try their luck with diminishing returns.
In the early '80s they changed their name to The Studs and their musical direction to something bearing a slight resemblence to Heavy Metal.  Still, the world wasn't impressed and the band called it a day a year later.
Mike Tramp stayed on in the States and formed '80s Hair Metal band White Lion which enjoyed some international success during the decade that taste forgot.  So, apparently, did Freak of Nature - a band he fronted for the better part of the '90s.
Mabel's legacy in the grand scheme of things all '70s Teenpop may not be a big one.  But as 2009 compilation CD release "Det Sidste Boom" (Universal Denmark) testifies to, they did have brief moments of semi-brilliance - most notably the mighty "Hey! I Love You", which even enjoyed a Japanese release; the German hit "I'm Only Here to Rock 'N' Roll" and their silly but catchy Eurovision flop "Boom Boom", sung in their none-too-easy on the ear native tongue.  That's got to account for something...


Mabel and The Baron - Revisited. 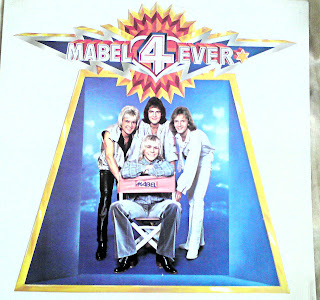 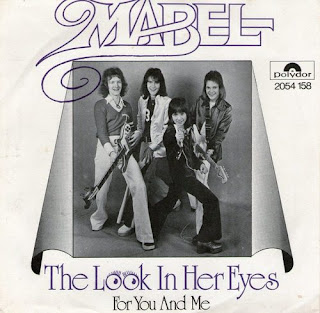